Be empowered. Be connected. Be Bosnia and Herzegovina.

Get the Heck to School!

In December, 2017, at the residence of the Swedish Embassy’s Deputy Chief of Mission to the United States, Göran Lithell and his wife Karin, BHeart organized a fundraising art exhibit featuring works by Selma Selman, a Bosnian and Herzegovinian artist of Roma origin.  An amount of $9,820 was raised in support of Roma children from a village Ruzica, near Bihac, western Bosnia.  The project was designed to help seven carefully chosen, Roma girls to complete their elementary and high school education by providing them scholarships and training within a period of one year.  It also envisioned school lunches for approximately 30 of Roma’s neediest children during one school year.

A local NGO Alfa was in charge of the project implementation while Natasa Goronja, the Vice President of Programs at Boulder Institute of Microfinance served as a volunteer consultant and liaison between Alfa’s and BHeart’s leadership.  Selman, the children’s main source of inspiration and their mentor, remained involved with each step of the project’s implementation.

The scholarships were aimed at older Roma girls, who are most at risk of dropping out.  Experience has shown that graduating from school is a critical milestone in terms of their potential success.  The project aimed to reward the girls for the academic achievements they had already made and to propel them forward.  The hope was that their success would serve as an example to others that there were benefits to staying in school.

Even though public elementary schools are free-of-charge in BH, kids from the poorer families are still at high risk of dropping out because their parents struggle with associated costs, such as school supplies and food.  That is why the project also provided funding to cover the cost of lunches for the most disadvantaged children attending school.

Discrimination and financial barriers are not the only reasons for a high number of dropouts among Roma children.  A tradition of child marriage is an additional complication.  According to the Helsinki Human Rights Committee, only 15 percent of all Roma children in BH graduate from elementary school.  The figures for girls are even worse, due to the fact that so many drop out in 3rd or 4th grade and get married by the time they are 13, 14 or 15.

Experience from NGO Alfa, a project partner, has shown that keeping girls in school can address this issue in two ways. Firstly, girls who finish their basic schooling are more self-aware and less likely to be forced into an early marriage.  Secondly, girls who succeed in their education have a better chance of breaking out of poverty, which is also an important factor in arranged marriages.

Challenges and opportunities of raising multilingual children (May 2019)

On May 11 2019, BHeart hosted Dr Alexander Lupis who gave a talk on the challenges and opportunities of raising multilingual children. The event was held at the Embassy of Bosnia and Herzegovina. 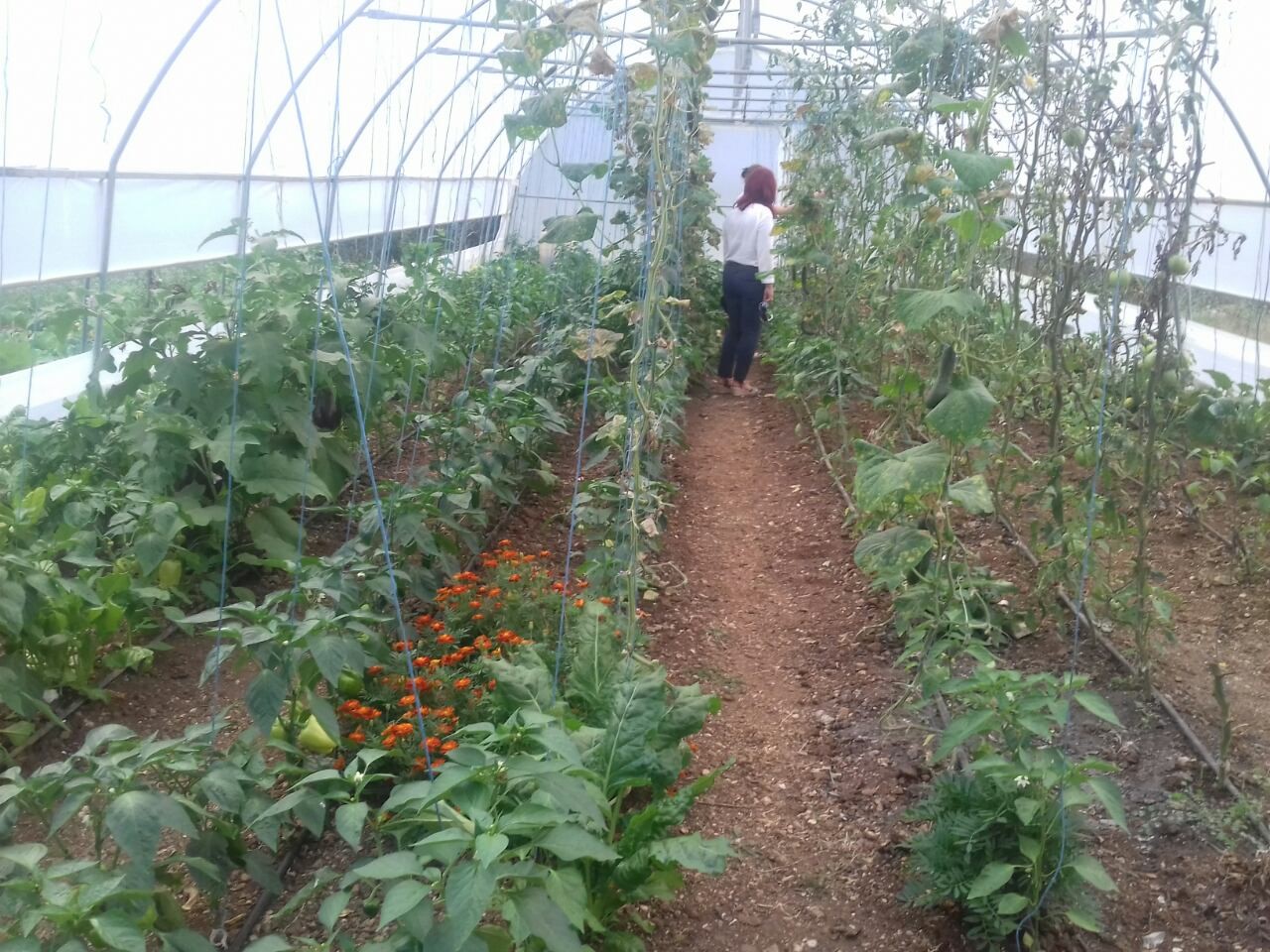 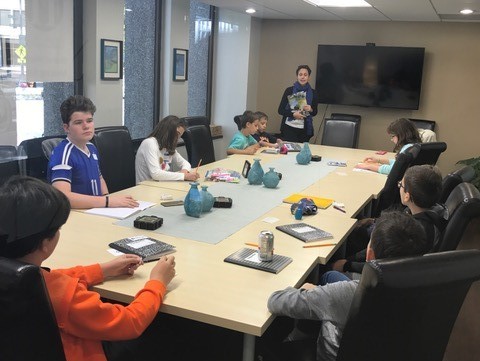 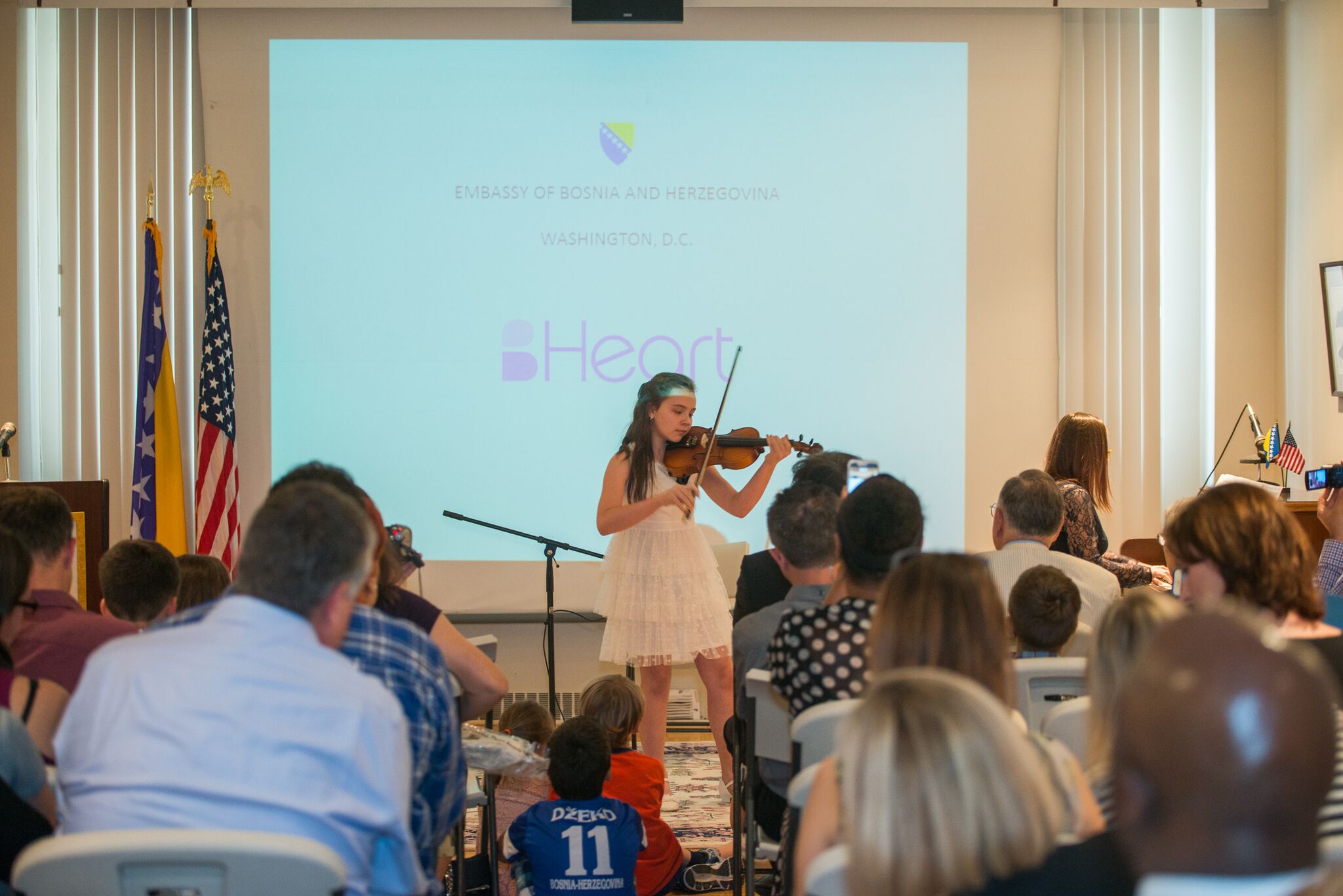 In partnership with the Embassy of Bosnia-Herzegovina, BHeart hosted a youth classical music concert at the Embassy on June 4, 2016.  The concert celebrated the launch of a new youth language and cultural heritage program, which BHeart will organize at the Embassy this fall.  The atmosphere at the well-attended concert was extremely warm and welcoming, with many children and families in the audience.  A dozen young artists performed, most of whom will participate in the language program this fall.  Over forty children of Bosnian-Herzegovinian origin in the Washington DC area have already signed up for the language program. 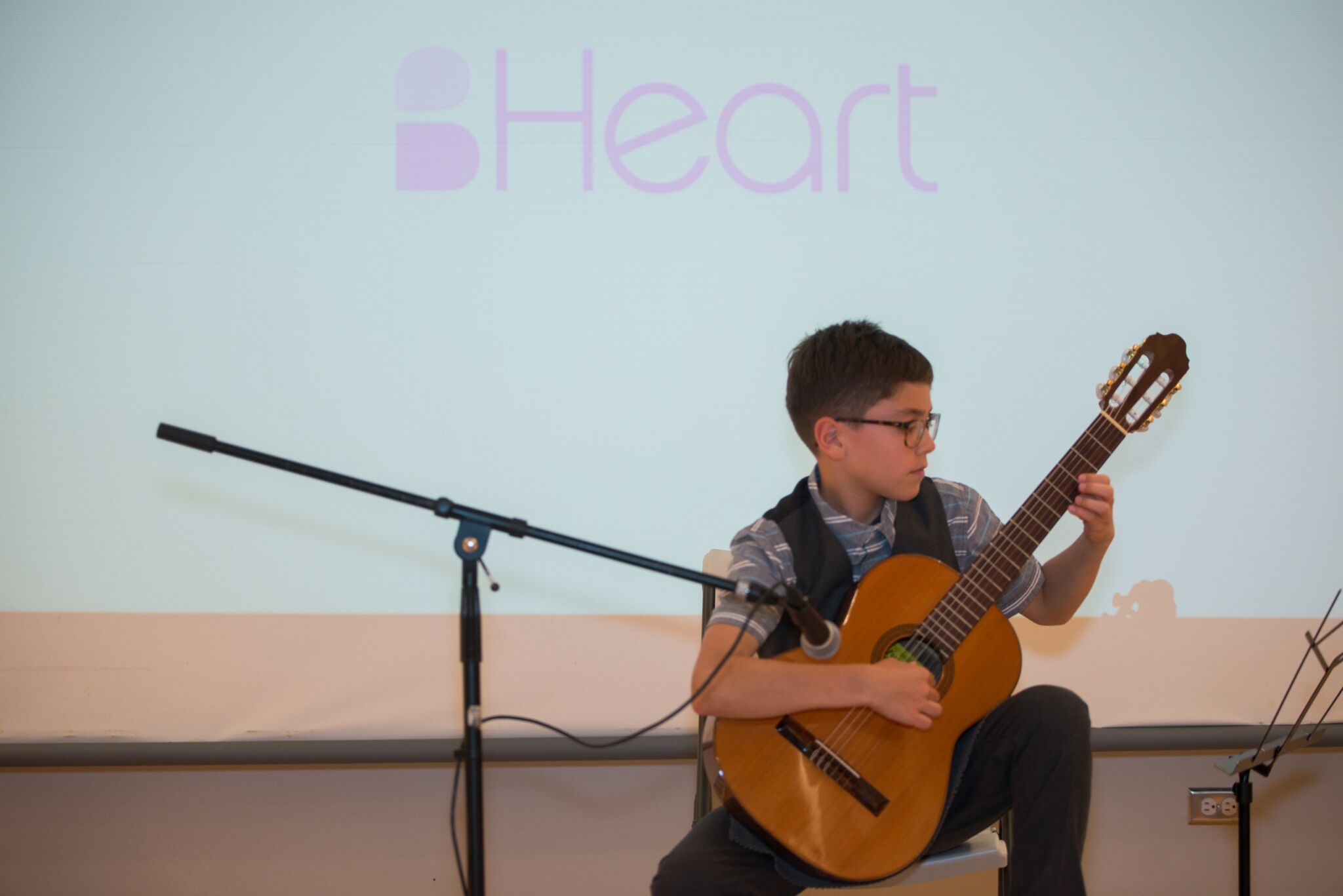 On April 18 2015, BHeart organized a concert featuring internationally-acclaimed musicians Merima Kljuco and Miroslav Tadic at the historic Lyceum in Alexandria. Aligned with BHeart’s mission to promote the cultural heritage of Bosnia and Herzegovina and to encourage the diaspora youth to reconnect with their roots, the concert was a sell-out success and a deeply moving celebration of Balkan artists and culture. The accordionist Kljuco and the guitarist Tadic wowed the audience with a combination of compositions ranging from complex Balkan folk themes that feature unusual rhythmic, metric and melodic structures and materials to J.S. Bach, François Couperin and Erik Satie. Named one of the world’s 30 most radical and individual guitarists by Guitar Player Magazine, Miroslav Tadic has performed and recorded musical styles ranging from the Baroque and Classical periods to Blues, Jazz, Rock and World music. Merima Kljuco has an equally impressive career as a guest soloist with orchestras including the Scottish Chamber Orchestra, Holland Symphonia and the Netherlands Radio Philharmonic Orchestra. Kljuco was music director and composer of the “Sarajevo Red Line” (“Sarajevska Crvena Linija”) commemoration of the 20th anniversary of the siege of Sarajevo in 2012, and performed to 11,541 empty red chairs lining the city’s main boulevard, each representing a life lost. 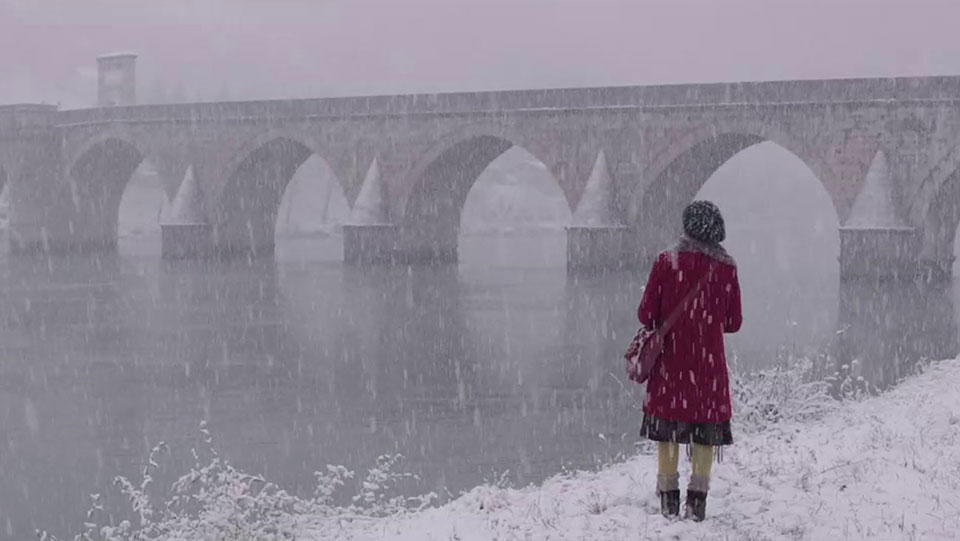 In June 2014 BHeart raised $13,000 to support an association of women* who were victims of sexual violence during the 92-95 war. The project’s goal was to support the education of the women’s children identified as having the greatest needs and to maintain their meeting place. The project was implemented from September 2014 to July 2015 through BHeart’s local partner, the Bosana Foundation. The funds raised were used to:

The only administrative costs incurred were per diems paid for three visits to the association by Bosana Foundation volunteers in order to monitor the project’s implementation and impact. Better living and learning conditions have led to better school results for most children. A part of project funds were used to set up a small reward fund for children who achieved the best results during the school year. The other children also received a small reward. Most importantly the support these women and children received from BHeart has given them hope for a better future and have motivated them to fight for their rights. *To protect the privacy of these women and their children, we can’t reveal their names and their counseling organization. To find out more about this project, click here. 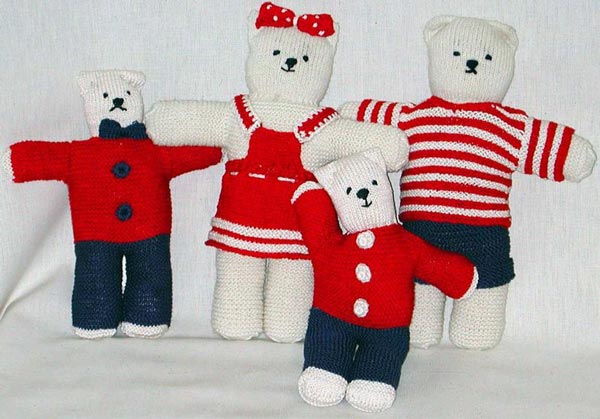 BHeart members and the Advisory Council for Bosnia and Herzegovina (ACBH) organized a Holiday Bazaar in Washington, D.C. featuring exquisite hand crafted products made by women in Bosnia and Herzegovina (BH). Proceeds from the sale benefited Bosnian Handicrafts Inc., an organization that supports skilled craftswomen in BH, and the Advisory Council for Bosnia and Herzegovina, a non-profit organization dedicated to promoting stronger US-BH relations. The event’s keynote speaker was Ms. Peggy Barry, President of Bosnian Handicrafts, Inc. She spoke about the current situation in BH and stressed the need to support Bosnian women.

BHeart founders organized a fun and educational event for children of Bosnian and Herzegovinian descent, hosted by the Embassy of Bosnia and Herzegovina. Young people learned about their history and cultural heritage from Ivica Puljic, BH veteran journalist and Al Jazeera Balkans correspondent, while making new friends from the community. This was the first event organized at the Embassy for diaspora children. 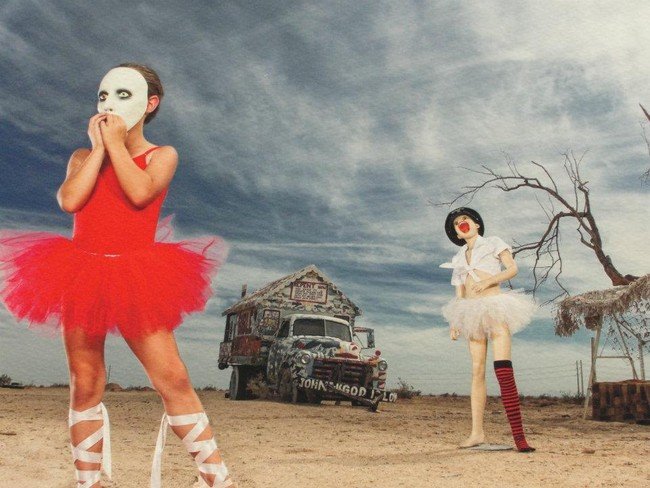 Photo: Dean Zulich Bosnia and Herzegovina (BH) is still heavily associated with war and suffering, 20 years after the conflict ended. BHeart founders teamed up with the BH Embassy to host an art exhibit that would break stereotypes and show that there is much more to our country. The “Bosnian Born… 20 years later” exhibit celebrated the creativity, perseverance and survival of human spirit through art, film, photography, design and fashion. It featured 27 artists who were born in BH and now live across the world. The Embassy registered a record number of visitors at the opening reception. Proceeds from the sold artwork benefited the Bosana Foundation, a California-based charity that provides scholarships to BH war orphans and other marginalized youth in the country.

“Bosnian Born artists – representing all Bosnian and Herzegovinian ethnic groups – refuse nationalistic divisions and recognize the cross-cultural influences that shaped them. BHeart members feel the same and that is why we were so proud to showcase their work.”

No child left behind: BHeart boosts special education (May 2012) 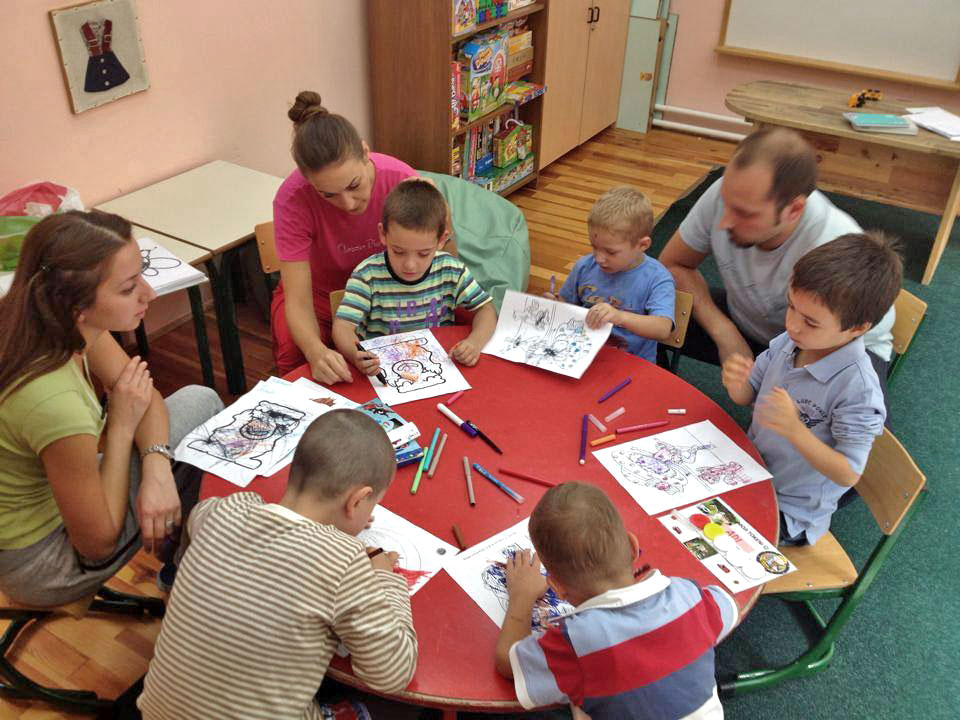 BHeart founders’s first event was a reception at the Embassy of Bosnia and Herzegovina (BH) in Washington, DC to raise funds for EDUS-Education for All. EDUS is a Sarajevo-based organization that helps families by raising awareness, fighting prejudice and providing specialized education to children with developmental disorders on its premises. Their work is essential because kids with developmental disorders in BH do not receive special government support or education until they are six years old. Even then, most affected children do not attend school and are often marginalized from society. This highly successful event raised over $16,000, 100% of which went directly to EDUS, empowering it to continue its groundbreaking work with 65 children, the majority of whom have autism.

“The success of BHeart’s first project inspired us to devote support to more activities that can help build a better Bosnia and Herzegovina.”